On the hunt for the fastest WordPress hosting to serve up your WordPress site?

You’ve probably heard about the importance of making your website load fast. It makes your visitors happier, it helps with SEO…it’s just generally really important.

And while yeah, there are all kinds of WordPress performance tips you can implement to make your site load faster, your site’s hosting is always going to play one of the biggest roles in how quickly your site loads (especially if you’ve already optimized the other stuff).

You’re probably here for the hard data, so we’ll start by sharing all the data in an easy-to-compare table format.

Then, we’ll dig into each host in more detail and also share some tips for finding the fastest WordPress hosting for your specific needs.

Note – we most recently updated this post in August 2021 with all new tests/data.

The Fastest WordPress Hosting: What the Data Says

If you just want the absolute fastest WordPress hosts based on our testing, here are our three recommendations based on their speed, price, and features (full data and more info below):

To find the fastest WordPress hosting, we set up a real test site at every single one of the hosts on this list. Then, we ran our test sites through a duo of speed testing tools:

Below the table, we’ll explain what each metric actually means, as well as how we set up our test site:

To collect the WebPageTest data, we used a simple desktop test from Chicago, Illinois with a native traffic connection. We collected two metrics:

We configured WebPageTest to run nine separate tests and take the median value, which should eliminate single-test variance. That is, all of the data in the table above is the median result from nine different tests.

WebPageTest data is valuable, but it only gives the load times for a single “visitor”. However, in the real world, your site will have more than one visitor at the same time.

Because of that, it’s important that your host can load your site just as fast for the 50th visitor as it does for the first one.

That’s where the BlazeMeter data comes in. BlazeMeter simulates 50 “people” visiting your site at the same time. That way, you can see how each host performs under scale.

Here are the details for our BlazeMeter tests:

We’ll share the BlazeMeter chart for each host below. One thing to keep in mind, however, is that most managed WordPress hosts implement some type of firewall/DDoS protection, so some hosts blocked some of the requests in our test.

If you see a high error rate in the BlazeMeter charts, this is the result of an overactive firewall, not necessarily poor performance.

How Our Test Site Was Set Up

To simulate a real site and create a consistent test case, we used the lightweight Airi theme and one of its importable Elementor demo sites.

So, our “full” test site includes:

Now that you have a good idea of how each host performs in objective speed tests, let’s take a deeper look at their features as well as Load Impact data to see how they stood up under scale.

Kinsta is a popular cloud-managed WordPress host that uses the Google Cloud Platform to help you host your WordPress site. Kinsta also layers on its own optimized tech stack with Nginx, server-level caching via Fast_CGI, and other enhancements.

In addition to offering stellar performance, Kinsta has one of the best-looking hosting dashboards out there, as well as lots of convenient features like:

You also get some nice value-adds, such as the addition of a CDN and premium DNS services at no extra cost.

Kinsta’s plans start at $30 per month for a single website. 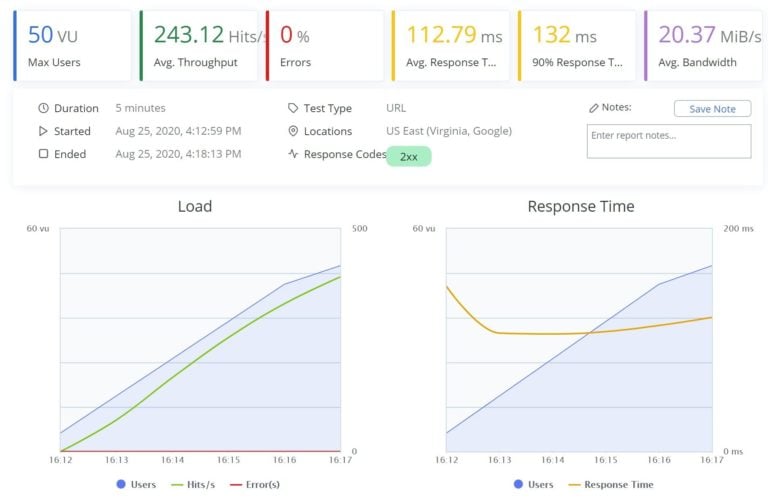 As the data shows, though, it doesn’t skimp on performance — WPX Hosting ranked second in our tests and wasn’t far behind Kinsta.

All of WPX Hosting’s plans come with:

In terms of prices, WPX Hosting starts at $25 per month for up to five websites. Two things to note about WPX Hosting’s pricing: 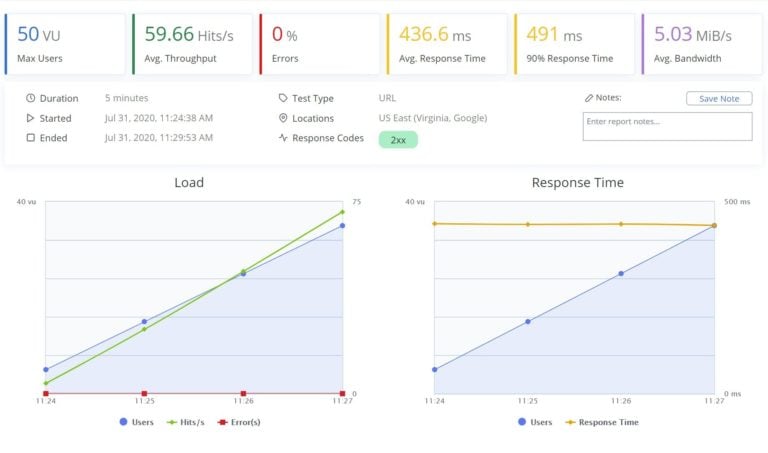 Cloudways is not a host itself. Instead, it’s a managed hosting service that lets you choose your own cloud VPS provider from a list of options, including:

No matter which cloud provider you choose, you’ll get an optimized performance stack, a built-in CDN, and useful features such as:

The one downside is that Cloudways is a little bit more complicated than your average WordPress host. However, it’s certainly still something that a non-developer can handle — I just wouldn’t recommend it if this is your first time launching a WordPress site.

The big upside is that Cloudways is able to offer exceptional performance for a lower price than all of the other top-performing hosts on this list.

For reference, our test site is using the cheapest DigitalOcean droplet, which costs just $10 per month. Your exact speeds may vary depending on the cloud provider that you choose. However, in general, all of the cloud providers offer excellent performance. If you’re really obsessed with speed, you can play around with the newly-released Vultr High Frequency servers.

One neat thing is that Cloudways offers a 3-day free trial. So if you’re interested, spin up a test site and see how it works for you.

Note – Flywheel was acquired by WP Engine in 2019. While this has led to some standardization (e.g. in pricing), the two are still run separately and have separate infrastructure.

Flywheel is a popular managed WordPress host that used to target itself mainly towards creatives, freelancers, and agencies. However, in recent times, they’ve moved towards a more mainstream audience, and anyone can benefit from Flywheel’s hosting services (though if you do build websites for clients, Flywheel still has tons of convenient features for that).

Like Kinsta, Flywheel uses Google Cloud Platform’s infrastructure to power its plans. Beyond that, they have tons of helpful features like:

As an upshot of the WP Engine acquisition, all Flywheel customers now also get access to the Genesis Framework and StudioPress child themes at no extra cost. 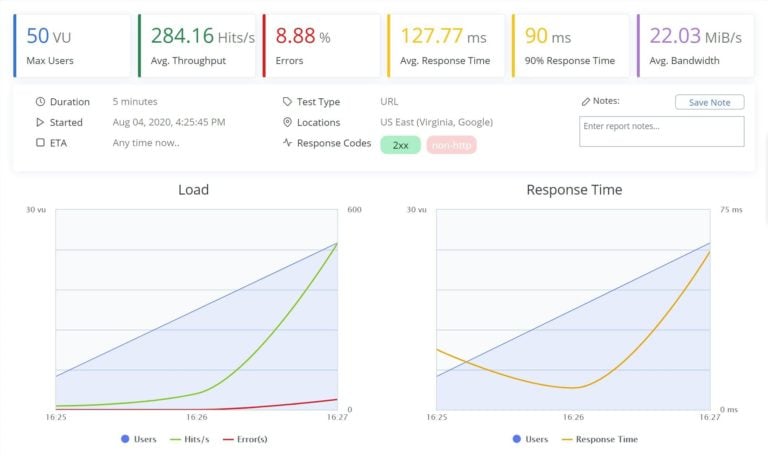 WP Engine is one of the most popular managed WordPress hosts out there. All of the WP Engine plans come with staging sites, automatic updates and backups, integrated CDN, and plenty of other helpful tools.

One neat thing is that WP Engine recently acquired the Genesis Framework and all of StudioPress’ Genesis child themes. These themes are now included at no extra cost as part of every WP Engine plan.

WP Engine’s plans start at $30 per month and go up from there.

Note — we were unable to get accurate test results because of WP Engine’s firewall blocking most requests. We’ve still included the chart, however. 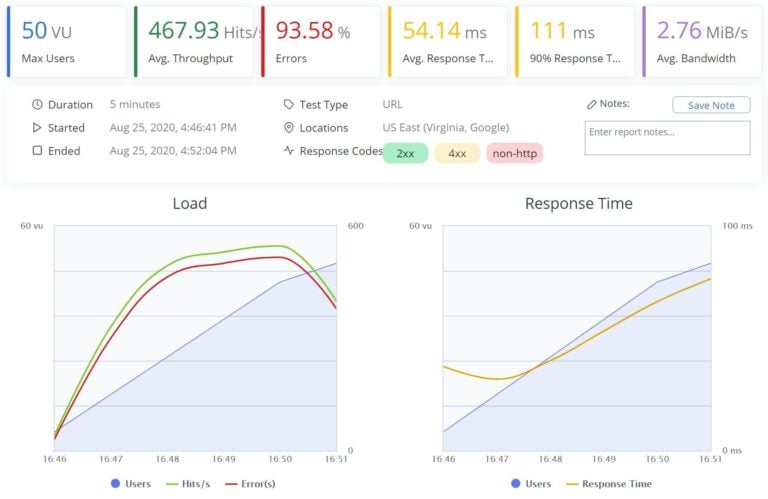 InMotion Hosting is a well-known budget host that’s recently made the jump into managed WordPress hosting with a set of affordable plans.

Their plans come with automatic WordPress updates, free SSL certificates, and free backups (automatic on all tiers except the cheapest). And on the higher tier plans, you can also get access to the premium tiers of Jetpack at no extra cost, just like DreamPress offers.

InMotion Hosting didn’t have the best performance in our tests, but its cheapest tier — the WP-1000S plan that we tested — starts at just $5.99 per month with promotional pricing, which still offers good value when you consider the price. 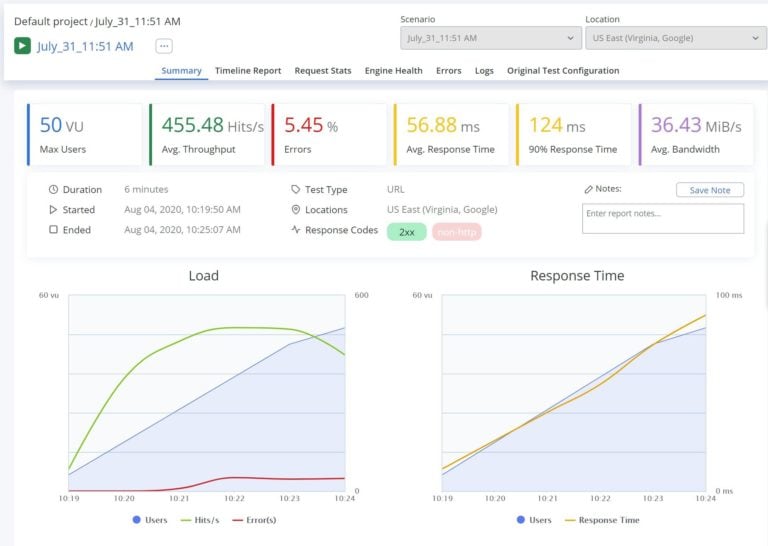 DreamHost is one of the oldest web hosts out there, founded all the way back in 1996. DreamPress, the hosting plan we tested, is DreamHost’s managed WordPress offering.

It comes with daily automatic backups, unmetered bandwidth, and 24/7 support. And on higher-tier plans, you’ll also get a built-in CDN, as well as access to the (normally paid) Jetpack Professional plan at no extra cost.

With plans starting at just $16.95, DreamPress is a good value option. However, you’ll need at least the $24.95 DreamPress Plus plan if you want Jetpack Professional and the included CDN. 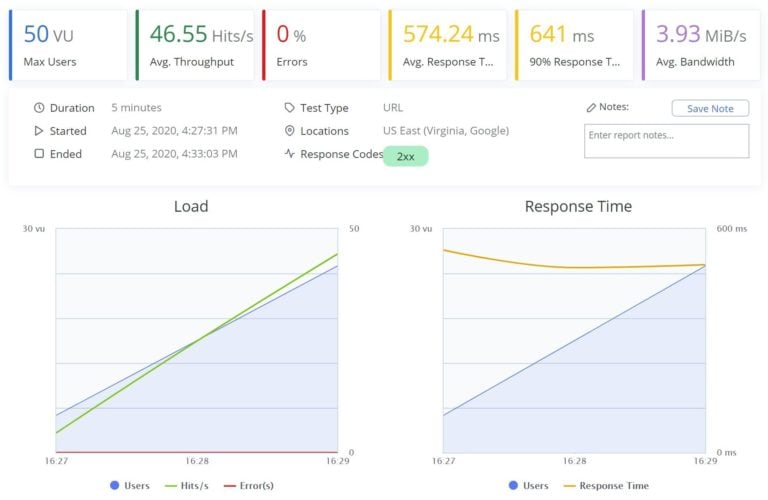 If you’re on a budget and want the best bang for your buck, SiteGround is one of your better options (though I’d still rank it behind Cloudways).

While the prices are comparatively low, you still get access to:

SiteGround’s plans start for as little as $6.99 per month, though we tested the $9.99 per month GrowBig plan. However, make sure to pay attention to the differences between promotional prices and regular prices, as the difference can be large. If you want to use SiteGround, we recommend trying to lock in three years of promotional prices. While it will cost you more upfront, it will save you a lot of money in the long run. 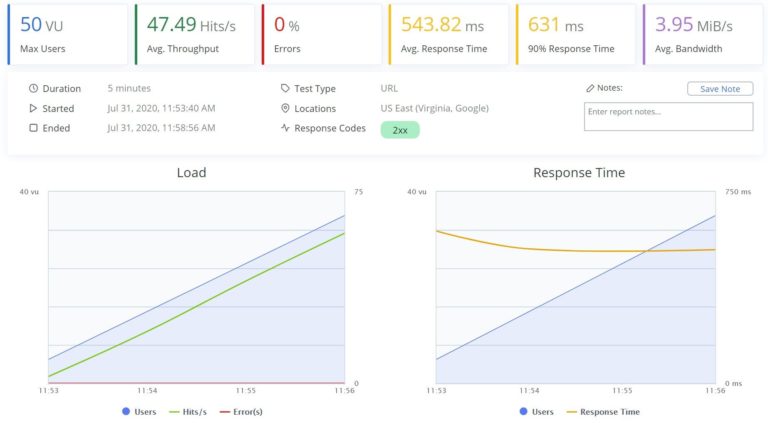 Tips to Choose the Fastest WordPress Hosting For Your Site

When you’re trying to choose the best hosting for your specific needs, here are some things to consider:

Which Host Should You Choose?

Again, there’s no single winner here — it really depends on your needs.

However, as we indicated at the beginning, Kinsta and WPX Hosting had the best overall performance. Of the two, Kinsta stood out, but WPX Hosting will be much cheaper if you need to host multiple websites.

If you’re looking for something more on the budget end and you aren’t a super technical user, SiteGround is a great entry-level option that will still get you pretty good performance without breaking the bank, especially if you need to host multiple sites. If you just need to host a single website, InMotion Hosting is also a solid option.

Finally, if you’re a little more technical, Cloudways can be a great choice because you’ll get surprisingly good performance for as little as $10 per month. I recommend the entry-level DigitalOcean box if you want the cheapest option. Or, if you’re willing to pay a few dollars more, check out the new Vultr HF servers (high frequency).

Have any questions about the fastest WordPress hosting? Ask away in the comments!

Colin Newcomer
Colin Newcomer is a freelance writer for hire with a background in SEO and affiliate marketing. He helps clients grow their web visibility by writing primarily about digital marketing and WordPress. You can hire him to write for your website.