Trying to choose between Bluehost vs Squarespace to build a website?

Bluehost and Squarespace are two options that both give you the tools to build your own website, but they do so with very different approaches.

Bluehost is a website hosting company that helps you install software to build a website, while Squarespace is a website builder that lets you create a website just by registering an account. Don’t worry, I’ll explain what this means in a second.

In general, Squarespace’s approach is a bit simpler while Bluehost’s approach gives you a lot more flexibility (and can still be pretty beginner-friendly).

To help you understand what those differences mean and why they’re important, we’ll look into:

Because these two tools offer different approaches to making a website, we’ll start off with a general introduction to what they both offer.

Bluehost is a web hosting service. This means it doesn’t help you build a website by itself, but it does give you everything you need to install software to build your website.

When you sign up for Bluehost, you get the hardware that you need to create a website. However, in order to make that website, you’ll need to install website building software on the hardware that Bluehost gives you.

If you’re not familiar with the term WordPress*, it’s by far the most popular way to make a website. The free, open-source WordPress software powers 40.5% of ALL websites on the Internet. For comparison, Squarespace powers about 1.6% of websites.

One of the big reasons why WordPress is so popular is its ease of use and code-free customization. You don’t need to be a developer to use it, but you can still fully customize your site using extensions:

So when we’re talking about Bluehost vs Squarespace, it’s more like comparing WordPress (hosted on a Bluehost server) vs Squarespace — as this is by far the most common use case.

If you wanted to create a website with Bluehost, you would:

Squarespace is a website builder service. Unlike Bluehost, which is just the hardware, Squarespace includes both the hardware and the software in one integrated package.

However, unlike Bluehost, Squarespace doesn’t let you install any content management system — you have to use the software that Squarespace provides.

Because Squarespace handles both the hardware and the software for you, it can be a little simpler than Bluehost, especially when you’re just getting started.

Next, let’s talk about what it’s like to make a website with Bluehost vs Squarespace. This will help make the difference between the two a little clearer and also give you an idea of what type of experience you should expect with each.

For this section, we’ll assume that you’re using Bluehost to make a website with WordPress.

Remember, Bluehost is just web hosting, so it doesn’t help you make a website by itself. Instead, it gives you the resources that you need to install your own website building software.

Now, I know that this sounds a little complex, but don’t worry. One of the nice things about Bluehost is that it makes it super easy to install the WordPress software and start making your website — it even gives you its own drag-and-drop website builder built on top of WordPress.

To begin, you need to purchase web hosting from Bluehost, which involves choosing a package and entering your user details and billing information.

Once you pay for Bluehost, you can sign in to your Bluehost hosting account. This is where you can manage your hosting server (the hardware). It’s also where you can access Bluehost’s tools to install website building software such as WordPress.

Once you install the website building software, you’ll be able to manage your actual website using that software.

Inside Bluehost, you can install the WordPress software by following Bluehost’s simple setup wizard. You can either install “regular” WordPress or you can use Bluehost’s special site building implementation, which lets you create a WordPress site using drag-and-drop:

If you’re a total beginner, you might want to use Bluehost’s custom builder, which walks you through a setup process much like Squarespace:

You’ll get this full wizard where you can add your site’s basic details, logo, choose fonts and colors, and more:

Once you finish the wizard, Bluehost will give you this user-friendly interface to manage more of your site using drag-and-drop:

If you used the traditional WordPress install instead of Bluehost’s custom drag-and-drop builder, you would jump straight to the regular WordPress dashboard.

So — while creating a website with Bluehost does have a few extra steps, it’s still definitely something that’s well within the reach of even a total beginner with zero technical skills.

Because Squarespace is a website building service, the setup process is even simpler. Essentially, Squarespace has already “installed” the software for you, so all you need to do is sign up for an account and start building.

To get started, you can choose one of Squarespace’s many pre-built templates:

Then, you’ll need to enter your account details. Once you’ve done that, you can jump right into customizing your site using Squarespace’s visual editor:

So — while Bluehost makes it pretty simple to make a WordPress website, Squarespace is even simpler because you can literally be working on your website within the first minute.

Comparing how much it costs to make a website with Bluehost vs Squarespace can be a little tricky because of the different approaches.

With Squarespace, you’ll pay a flat monthly fee, which makes it very easy to understand exactly how much it will cost you per year. With Bluehost, though, the price can vary.

Overall, for a basic website, Bluehost will probably be cheaper than Squarespace. However, there are some variables that also might make Bluehost more expensive in certain situations, so it’s important to do a slightly deeper dig here.

To make a WordPress website with Bluehost, you only need three things:

So if you’re willing to commit to three years upfront, you could pay as little as ~$36 per year to create a fully working WordPress website on Bluehost.

As I mentioned earlier, one of the things that makes WordPress so great is its huge library of third-party extensions (themes and plugins).

This is why it’s hard to give a firm estimate for a WordPress site. If you need some premium tools, you could easily turn that $36 per year into $100 or even $200.

However, for a simple blog, portfolio, or business brochure website, you can get away with entirely free extensions.

Squarespace pricing is much more straightforward — but also a bit higher.

To make a website with Squarespace, you’ll need two things:

The cheapest Squarespace plan is $16 per month or $144 per year ($12 per month). Plans go up from there depending on whether you want to add more features, such as eCommerce functionality.

This gives Bluehost the advantage in terms of pricing. But remember that there are some variables with Bluehost if you’re using a tool like WordPress.

Advantages of Bluehost vs Squarespace

As we finish things out, let’s quickly recap/summarize the advantages of each platform. For this section, we’ll treat “Bluehost and WordPress” as a single entity because you need both to make a website.

Basically — using Bluehost and WordPress gives you more flexibility but isn’t quite as simple, whereas using Squarespace is simpler but doesn’t give you quite as much flexibility.

Should You Use Bluehost or Squarespace?

Overall, there’s not really one clear winner here — you should choose the approach that best meets your needs and budget.

While Bluehost does let you use any software, you’ll almost certainly want to use WordPress, which is what powers over 40% of all websites on the Internet.

However, Squarespace can also be a good option if you’re willing to pay a slight premium for simplicity. It’s not as flexible as WordPress, but if you just need a simple website, you might not need all that extra flexibility in WordPress. In that case, Squarespace is definitely a better solution because you don’t need to worry about installing/maintaining the software.

Still have any questions about Squarespace vs Bluehost? Let us know in the comments!

Buckle Up! 5 Steps To Speed Up Your WordPress Site

Colin Newcomer
Colin Newcomer is a freelance writer for hire with a background in SEO and affiliate marketing. He helps clients grow their web visibility by writing primarily about digital marketing and WordPress. You can hire him to write for your website. 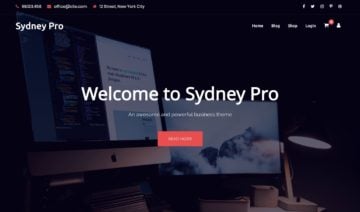